The unveiling of the bust of Kefalonian explorer Ioannis Apostolos Fokas, best known by the Spanish version of his name Juan de Fuca, was held on April 24 at the Museum of Vancouver (MOV), Vanier Park, in Joyce Walley Room.

The bust, a work by the famous Greek sculptor Ioannis Bardis, bears the Greek flag and is now permanently on display at the Museum.

The event was organized by the World Federation of Cephalonian & Ithacan Societies “Odysseus”, the Ionian Cultural Federation of America, and the Stavros Niarchos Foundation Centre for Hellenic Studies at Simon Fraser University.

Ioannis Fokas, one of the symbols of Hellenism’s perpetual odyssey, is, to date, the first European to arrive in the north west of Canada.

In 1592, serving Spain, he discovered the strait between the island of Vancouver and the Olympic Peninsula, now part of the United States. These narrows are today the natural boundary between Canada and the U.S.

The event was attended by the Consul General of Greece in Vancouver Thanos Ioannou, the Member of the Canadian Parliament Peter Fragiskatos, Vasilis Mataragas President of the Hellenic-American National Council, the Ionian Deputy Governor on Tourism Spyros Galiatsatos, the president of the Cephalonian Society of NY “Kefalos” Nick Alysandratos, Greek community members, as well as Greek residents of Canada and the USA. The event was co-ordinated by Cephalonian Dr. Eirini Kotsovili, Professor at Simon Fraser University.

The bust was covered with Greek and Canadian flags and was unveiled jointly by Amb. Ioannou, Fragiskatos, Professor Andre Gerolymatos and the President of the Federation “Odysseus” Dionysios Vlachos.

The MP of the Canadian Parliament Fragiskatos noted the importance of the knowledge of history, but also the strength can transfer the values ​​of the nation of the Greeks. “The story of seafarer Ioannis Fokas reminds us of who we are,” he said. “We can be Greeks and Canadians at the same time. Today is a great day for all Greeks.” He then expressed his warm congratulations to all those who struggled to achieve this work.

Federation President Vlachos said, “Our goal became a reality. We have achieved a dream of years. Positioning the bust will decorate Vancouver after so many centuries and will return this compatriot to his country. What we have achieved is a national achievement.”

Secretary General of the Federation Costas Vangelatos referred to the efforts of the Federation to promote and highlight the issue of the great seafarer and to the efforts made so far for this matter. He announced four scholarships with the name of Ioannis Fokas (Exploring Kefallonia Prize), which will be given to students at Simon Fraser. Vangelatos closed by saying, “We are not stopping here, but we will continue our efforts.”

The sculptor Ioannis Bardis thanked everyone for their contribution and gave gifts to those who contributed to the creation of this work.

Professor Gerolymatos said that this great event was due to the “excellent Kefalonians” and thanked all who helped to place this exhibit at the Museum.

This event would not have taken place without the historical research by the writer Eurydice Livada Duca which began in 1992 and continues. This research revealed so much evidence that Ioannis Fokas and his discovery were indisputable, elements that were challenged by historians to this day. These data were fully presented by the author and researcher in her keynote speech. Apart from the already known facts mentioned by the old historians, data included only in what Samuel Purchas mentions, the latest information on the seafarer is his marriage to Palos de la Frontera, his exams to become a pilot, the charge against and his request for justice in his face, some of his journeys between Spain and New Spain, with the Armando of Tiera Frème and that of New Spain, his participation in the Battle of Nafpaktos, his descendants in the 19th century, the probable residence and possible location of burial, and an important point that connects him with the Tsar of Russia and will be announced in a forthcoming international conference next month.

All the speakers spoke at Leivada’s contribution. “This event would not have taken place without support for the author’s research,” she said, while she thanked the Maria Tsakos and Kostas and Eleni Ouranis Foundations for their sponsorship of the English and Spanish translations as well and the two award-winning translators Mrs. Ourania Kremmyda and Pedro Olalla. She thanked many others as well for their efforts, including the Odysseus Federation, Mrs. A. Hionis, Vangelatos and Vlachos, the Ionian Cultural Association of America and Mr. N. Bardis, the Museum’s Director Vescera, and Prof. Gerolymatos for promoting Greek culture.

Finally, the Consul General Ioannou presented the Museum of Vancouver, the Federation, and Gerolymatos with commemorative boxes with the de Fuca stamp. 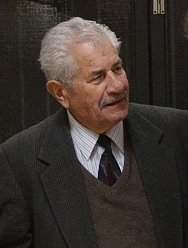 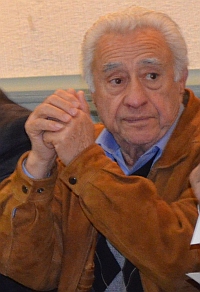 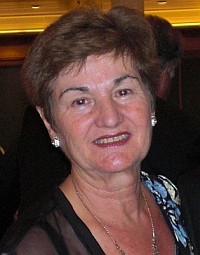 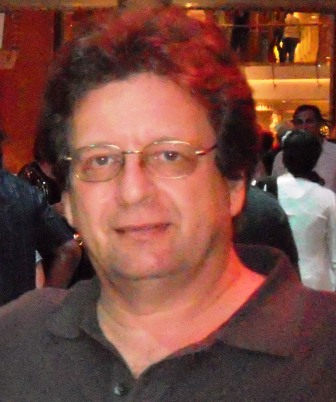